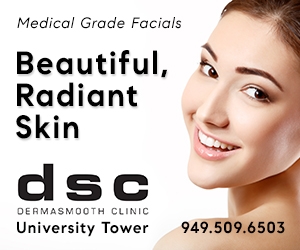 Update 3/3/2020: This article has been updated to include statements by ASUCI Senate President Faith Chua.

The ASUCI Senate impeached ASUCI President Randy Yan on Thursday, Feb. 27 without notifying the Office of the Student Advocate General. Yan is the first president in UCI history to be impeached and is being accused of three different charges: for abuse of power, for maladministration and for perjury. Yan pleaded innocent to all three.

ASUCI Social Science Senator Nick Ortiz authored Legislation R55-47 to impeach Yan. Ortiz presented the legislation on Thursday, Feb 27 and the Senate passed it the same day with 16 votes in support, six abstentions and three votes against the legislation.

There is no clause or article in any of the ASUCI governing documents that gives any member of the Senate the power to hold their own investigation. However, ASUCI Senate Parliamentarian Kimo Gandall said that the Senate conducts its own investigations and comes to their own conclusions during executive sessions — in which members of the public are not welcome.

According to the ASUCI Constitution, the Office of the Student Advocate General “has primary investigative, auditing, and prosecutorial authority for ASUCI.” This office is in charge of taking or suggesting necessary action when an ASUCI official is not following the responsibilities they were appointed for.

The New University reached out to ASUCI Senate President Faith Chua to inquire why the Senate did not inform the Student Advocate General about the investigation, but Chua said that she would not be giving interviews because she “did not want to give out information to the Judicial Board.”

The charge for abuse of power against Yan includes an item related to Student Advocate General Xu. The Senate accused Yan for cronyism — which is defined as the appointment of close friends to an authority position.

“For the investigations, I don’t take part in them. I have my Internal Student Advocate General and my Chief Accountability Officer do the investigations and I only meet with them to see how the investigations are going. So basically, I do that so that I won’t be involved in any conflict of interest such as this case, if it were to become one,” Xu said about whether he was not told about the investigation because he could have been biased.

According to Lee and Xu, they have been in a romantic relationship since Nov. 2019. Lee was appointed as interim Chief of Staff in Oct. 2019, before Lee and Xu officially started dating. Lee released a statement in which she said the Senate did not approach her prior to releasing the impeachment legislation.

During the senate meeting, ASUCI At Large Senator Joshua Wolfe responded to another senator’s proposal to strike cronyism from the charges and said that even though the charges on cronyism were just a referral, the charges had a “possible ground” discussed during executive sessions and that the Senate “could still refer to the Judicial Board and they will try to investigate.”

The first legislation to appoint Gandall as acting Senate Parliamentarian, R55-05, was written by ASUCI Engineering Senator Bryce Lindsey — for whom Gandall served as intern during the 2019 fall quarter — and seconded by Chhouk, Gandall’s girlfriend. R55-05 was presented on Oct. 2019, about seven months after Gandall and Chhouk started their relationship. However, the legislation was tabled.

When asked if his relationship was an example of cronyism, Gandall said, “I think there’s a different standard set out for that as determined by the senate. As I said, that’s up to the senate. If the senate so chooses so, then perhaps. I’m not here to guide the factual interpretations of the senate, only the procedural rules. I know the media often likes to conflate them, but if you look in the constitution, it clearly says that the senate determines what’s an impeachable offense.”

The Senate is also accusing Yan of firing his former Chief of Staff “with no recourse and no sufficient reason.” According to Yan, his former Chief of Staff — the New University will not reveal her name to respect her privacy — failed to meet the duties given to her at the beginning of the year, which included assisting Yan and the Art Lab Commissioner during an event with the Art Lab in which she did not offer any help. Yan said that her behavior during that event was “the last straw.”

However, after meeting with Yan, the former Chief of Staff resigned.

“I said, ‘this has been an incredibly difficult decision with a lot of thought and concern put into it, however, I just do not think that there is a path to amend this work relationship and I believe the best course of action to take is to part ways’ … I said, ‘it’s either you resign or I have to let you go,’” Yan said. “She sent a letter of resignation.”

The New University revised all of the governing documents and found that there are no clauses or articles that specify how an ASUCI official is supposed to hire or remove their staff.

“There are no specific processes that a student has to follow to remove a student who works for them. Because we are student government, the students govern themselves and therefore they decide who they want to hire and who they want to remove,” ASUCI Executive Director Stephanie Van Ginkel said.

According to Chua, Yan coerced his staff to resign. The New University reached out to Yan’s former Chief of Staff, but she did not respond.

According to the Constitution, the entire Executive Cabinet — which includes Senate President Chua —  has the power to veto legislation. Yan did not inform Chua that the executives would be meeting to veto B55-04, prompting the Senate to include, “refusing to disclose meeting times of vital importance to the Senate President” in the charges for abuse of power.

“The Senate President is a member of the Executive Cabinet and was not invited to cabinet meetings where the veto occurred. This is her parliamentary right, and this is another example of abuse of power,” Engineering Senator Lindsey said during the senate meeting.

Yan said that he did not tell Chua because the Constitution says that the ASUCI President and the vice presidents “have the sole right to vote on Executive Cabinet business.” Yan added that even if Chua had attended the meeting, she would not have been able to vote on whether the legislation should be vetoed or not.

“Everyone else [the Executive Cabinet members] could still be part of the conversation, but ultimately, when it comes down to, the five executives [the President and the four vice presidents] are the only people that can vote,” Yan said

The Senate charged Yan for perjury “in lying to the Senate under oath on the day the executive on B55-04 was signed.”

“I was confused when they were talking about the metadata, but no, the minutes and the memo [the veto document] were basically all done the Monday [Feb. 10], it was just my signature [that was missing],” External Vice President Richmond, who was one of the ASUCI executives who signed the veto, said.

According to the ASUCI Senate Duties, the Senate Parliamentarian “shall provide written recommendations and official opinions as requested by the Senate or other Senators.” However, no governing document, including the Constitution, gives the Parliamentarian any investigative authority.

The ASUCI Executive Duties say that the Student Advocate General “shall hold the duty to investigate, and if necessary, subpoena members for violations of governing documents.”

The alleged perjury charges against Yan could be in violation of the ASUCI Code of Ethics. But the Office of the Student Advocate General was never contacted to investigate.

A recent statement from Chua says that Yan is also being accused of maladministration for “spending thousands of dollars on personal parties, exorbitant retreats, and private, elite celebratory dinners.”

However, the UCI Accounting and Fiscal Services specifies that the university cannot cover events “that are lavish or extravagant” or expenses that are for personal use. University funds must be used to cover expenses “that are primarily social or recreational activities in support of the University’s mission. Such activities must support an underlying University business purpose such as promoting goodwill, donor cultivation, etc.”

According to Yan, he does not know what expenses Chua was referring to. The budget of the Office of the President is available to the public upon request.

The New University checked all governing documents and found that there is no clause that specifies that an ASUCI official needs to meet all of their campaign goals by a specific deadline. ASUCI officials can fulfill their goals throughout the duration of their term.

“A lot of campaign goals are a way to keep you on track to doing things throughout your term and I don’t necessarily have to address everything all in one quarter. Otherwise, what do I do with the rest of my term?,” Yan said.

The impeachment process will continue with a Judicial Board trial that will be open to the public. According to the Constitution, the Judicial Board will determine by a two-thirds vote if Yan should be removed from the Office of the President. At the moment, the Senate is also handling legislation to impeach Judicial Board Chief Justice Michelle Abundis.

“Basically the way I found out was through the legislation, none of the authors in the senate told me about this until I saw it myself,” Xu said. “I’m disappointed in the [impeachment] legislation overall because there was no notice, no evidence, no basis or anything.”

Oriana Gonzalez is the 2019-2020 Editor-In-Chief. She can be reached at eic@newuniversity.org.

Mental Health Awareness Month, observed during the month of May, aims to publicly recognize mental and behavioral health issues in order to help reduce...

The Latest Mystery of Galaxies Devoid of Dark Matter

Dark matter, an invisible mass that makes up approximately 96% of the Universe, is a non luminous material that does not emit, absorb, or...